UK part 2--the people we came to see!

Isn't it funny how you can travel halfway around the world and the most memorable moments have nothing to do with the sights you see? One of my favorite days on the whole trip was our Saturday in Edinburgh, and I didn't see anything that would show up in a guidebook. In the morning Rachel and I took the babies charity shopping while the guys went to an organ concert at the Edinburgh International Festival. Charity shops are the UK equivalent of thrift shops, only they are smaller and nicer. On the downside, they're a bit more expensive, but it's nice that you can figure out if there's nothing good in 5 minutes rather than spending 3 hours in a Goodwill and coming out frazzled and empty-handed (and then feeling like you should treat yourself to a 3 dollar Starbucks drink to compensate for your exhaustion). I didn't find any clothes, but found some cute things for the the house and some gifts for family members. I also could have stocked up on the entire UK version of the Harry Potter books for about 3 dollars each. But we already have all the American ones, so I let them go and just got a couple for gifts. Aren't they cool though? 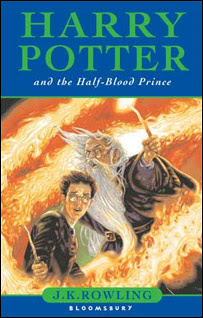 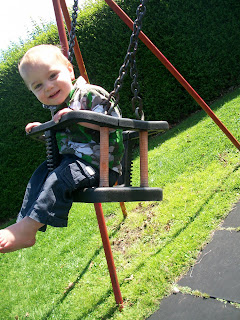 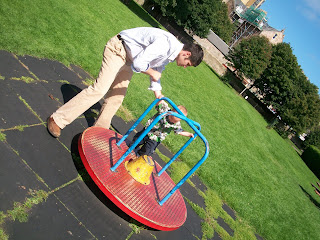 After a picnic near Brad's school (which I spent, like every picnic, standing up, poised to run from bees), Rachel, Brody, and I went to see a Fringe Festival production of Rodgers and Hammersteins' Cinderella. There are two festivals in Edinburgh in August--the Edinburgh International Festival and the Fringe Festival. The Edinburgh International Festival is very prestigious and is very selective about who they invite; the Fringe festival was started as an open for all chance for all other artisans that wished to perform in Edinburgh at the same time as the EIF. So, some of the Fringe stuff is fabulous (like the candlelit performance of Faure's Requiem we went to later that night), but some are really stupid--like Cinderella. It was done by American high-schoolers, and I've seen some great high school plays but this was not one of them.

After the play finished up, Rachel and I were supposed to take the bus home, but we elected to spend our bus money on coffee and walk the hour and a half home. It was awesome--we got lost, took pictures, people-watched, popped in H&M, and just got to talk. Finally, after dinner, Ellis and I went to see Faure's Requiem at Old Saint Paul's church and walked home through the park at night. I think that was my favorite thing about Edinburgh--how wonderfully walkable it is. I hate that in Virginia Beach, the only place I can walk from our apartment (without walking on the grass by cars going 50) is a little walking path around the campus. Brody and I love that walk, but man, I wish we could walk on errands too! 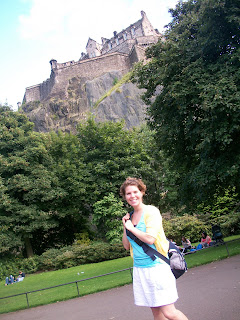 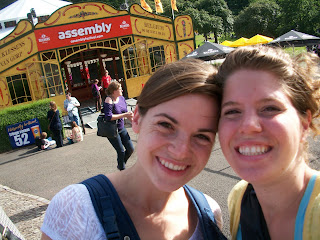 Sounds like a great time! It is so true that what you usually remember is the people not the sights. When we look at pix, I always zip through the landscape ones- even when they are gorgeous- and linger on the people ones. As a result I always try to put people, even in my landscape pix. I think it is a gal thing, though- Dad is the opposite :-).