One of my best friends from Regent, Loretta (in the middle), is having a baby girl in the next couple weeks, so my friend Grace (on the right) and I threw her a baby shower! It was my first attempt at shower-throwing, so I was a little nervous, but thankfully Grace was a seasoned veteran! 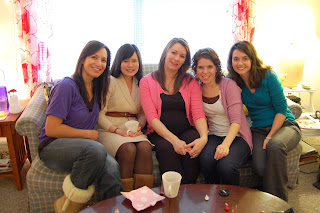 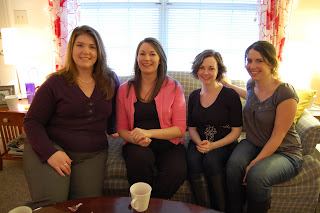 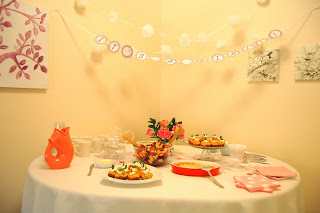 My friend Kathryn threw Brody and me a fabulous baby shower in Moscow back in May, which we used as a jumping point and inspiration for Loretta's. I loved her "It's a Boy" paper garland she did for Brody, so we did "It's a Girl" for Loretta's baby girl! 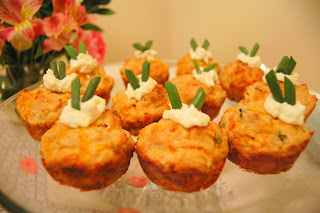 We even copied one of the recipes Kathryn used, Cheddar Scallion Muffins! YUM! Thanks for letting us copy you, Kathryn! :) 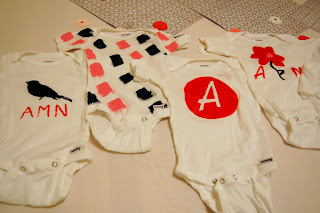 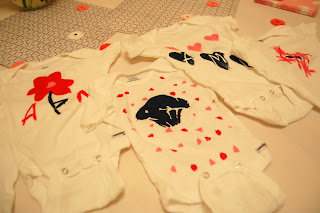 Instead of games, we decided to have everyone decorate onesies for baby Arianna! It was so much fun and everyone had super cute ideas!
Congrats Robert and Loretta!
Posted by Hope at 6:49 PM