We've been at the cloth diapering for almost 2 months now--it will be our two month clothiversary in exactly one week! So far we have LOVED it--it really doesn't seem like any extra work at all. It takes a little bit to get in the groove, but now both Ellis and I can change a cloth just about as quick as a disposable. The thing that takes the longest is making the decision as to what kind of diaper to put him in next. Do I slap on a prefold and Thirsties, a Best Bottom, or a Bum Genius 3.0? Although honestly, I normally just grab from which pile seems most abundant because I like to keep the piles as even as possible. ;)

The other thing I have--which maybe I mention this before--but it's worth mentioning 20 times because it is FANTASTIC!! But it is this diaper sprayer!

A nice and big pic so you can see just how fabulous this is! And you can even see the little illustration of how it attaches to the toilet. Anyway, this is $45 new at the Cotton Babies website, which would be totally worth it. We got ours for $30 off Craigslist. (Don't worry--it had never been opened. I guess a used toilet accessory would be kinda gross...) This is what makes cloth diapering so easy for us. It would still be easy, but the sprayer means no washing out in the toilet, which is really nice! It also cleans the diapers off faster and more thoroughly, so less stains! 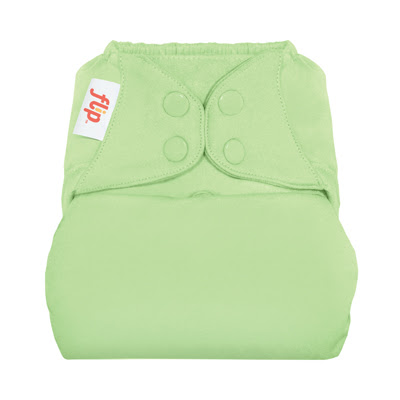 This was Brody's very first diaper, so I totally have a soft spot for them. Both the Flip and the Best Bottom diapers are hybrid diapers, or All-in-Twos. They have an insert that you just plop inside the cover and then when they're dirty, you just change the insert and reuse the cover. Usually what I do is switch the cover out each time and let it air out just to keep it fresh, but then I can use it at the next change. If there's a major poo that gets on the leg "gussets" (it actually doesn't have gussets--I just don't know what to call them) , and you don't have the diaper sprayer, you'll have to wash the cover. But if you have the diaper sprayer, just spray it off and let it dry! Another reason I love!

Anyway, the Flip insert is one-size, which is nice because once you have it, you have it, and you don't have to worry about ordering the next size. Also makes it cheaper. :) However, it does mean that it can be kinda chunky on a little baby, but not too bad.

The Flip is cut wider through the crotch than the Best Bottom, which makes it a little bulkier, but makes it nice and versatile! When I don't use a pocket diaper at night, double-stuffing a Flip cover (prefold and Best Bottom insert is my fav combo) is my favorite nighttime option. I love just being able to put any sort of insert in the cover and anything fits! P.S. I think they're the cutest. :) 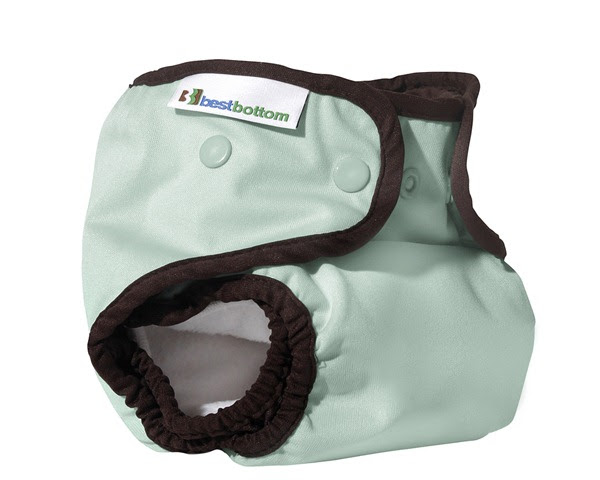 Like I mentioned earlier, these are very similar to the Flip.

1) The inserts snap in to the cover. LOVE this. Makes it easy to prep the diaper beforehand to make for a quick change OR to make it easy for someone who's not familiar with cloth diapering.

3) The covers have leg gussets. I haven't really noticed that gussets make a difference with regard to leaking, but they make these much easier to just wipe out and reuse after a blowout than the Flip.

4) The covers themselves are contoured, which is great for fit, but means you can pretty much ONLY stuff it with a contoured insert. Also you have to be careful about the inserts poking out the top of the cover--I like that the Flip has a little flap at the top to tuck them in. 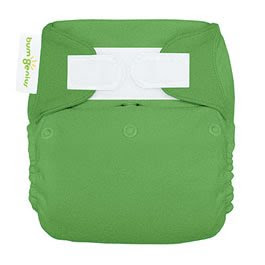 These are great too! It's like comparing apples and oranges though. You just stuff the inserts into a pocket of the diaper. Pretty similar to the All in 2 except that there's a layer of fabric over the insert as well. I love that the pockets can be "prepared" beforehand so I feel no guilt asking Ellis or anyone else to put him in one of these, haha.

This is my favorite nighttime option right now--to put in an insert and a doubler in a pocket. Works great and not near as bulky as a double-stuffed Flip.

The only thing I don't like quite as much as the All in 2's is that every time you change this one, it's done. You have to put the whole diaper in the pail. It's so nice laundry-wise to just throw the insert in the pail. But still really like these.

Prefolds and Thirsties and Bummis Covers

Honestly, I use these interchangeably with the Flip and Best Bottoms. I don't pin them or snap them or fold them in any fancy way whatsoever. I just fold them in thirds (as they are wont to go anyway :) ), fold down the top, and plop them in a cover. Super easy.

The smaller prefolds don't hold as much as the Flip/BB microfiber ones, and the larger prefolds hold a lot, but are pretty bulky too. But they are cheap and they feel so authentic and diaper-y and I love them.

As for the two covers, since they are not one-size, they are still a little big on Brody, so I've had a few leaks. But they're great covers--can't wait till he grows into them.

Hope that's helpful to people who are trying to wade through all the cloth diaper reviews and recommendations out there and who are feeling overwhelmed like I was.

Basically it helped me to realize that they all hold poop and pee and I would probably love whatever I got. There's no wrong diaper and no perfect diaper. But I love the All in Two system, because there is less laundry (and we only have a laundromat, so that was a huge factor) and it's so versatile and interchangeable. And it holds poop and pee.

Wow Hope-you've become quite the expert! It makes me want to have another baby so I can put him/her in cloth diapers! Evidently I really missed out on some fun when y'all were little ;-)
If I had told you five years ago you'd be blogging about diapers- you would have gagged :-).

Ah, Hope :) I am so glad I have a nerdy friend that likes cloth diapers too!

It's a disease, Shaye! I have a cloth diaper wishlist of different ones I want to try. And the whole point is to save money! haha